On Akat, Akat Revisited, Re:Visions, and Another Place


Irma Lacorte’s current solo exhibit is presented by the National Commission for Culture and the Arts . It will run until July 31 at the NCCA Gallery, Intramuros, Manila. 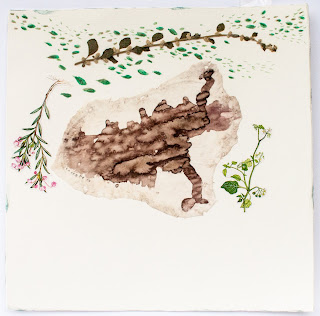 For now, let us believe that the act of an epic is to preserve, to carry farm produce, trinkets, magical pets, vats of dye, and rolls of fabric aboard the same story. Our elders wanted to keep it together, we are told, to each its proper place, every detail as if charged with command:

Let there be light

As on heaven so on earth

So we take and keep, and what we can’t preserve we transform into something not fully tangible, something that might yet outlive us. How do we keep such non-things in? How do we leave an inkling of something to the next carriers, to those destined to find some other yet unforeseen use for it? And what if the notion is to multiply, “scatter”? 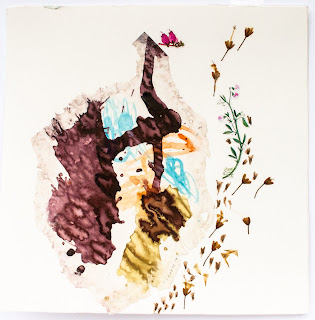 Irma Lacorte comes to us now with four of her exhibits, cut portions of her creative prime, her decades of making, gifts from walking about among under shades of violet and yellow ochre, swimming in blue, breathing out variants of white. Her Akat and Akat Revisited play on the T’boli word for scatter, and while one celebrates land and wind, the other invites water.

And water pervades my way of looking at it: Irma doesn’t take the word “akat,” she takes to it—as Rilke once took to the phrase “nature morte”. Heroines and heroes of creation myths would behold the leaf and name it “leaf,” and when millennia after we invented bound pages, it was as if we could not think of any other word. Perhaps even back then, while envisioning contracts and narratives, we also saw how these leaves torn from their contexts would take flight. 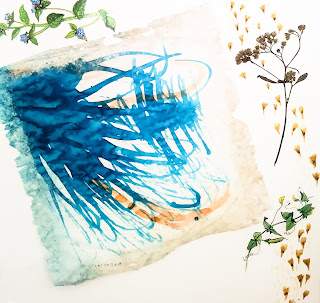 In Re:Visions, a partial gloss was placed over previous compositions to extend and renew the tale, maybe even change it, push the thought off the weathered groove. But there is no abandoning the old meter: though limned, the original make might yet be traced through the new membrane. Life is cut and layered in a variety of modes—dried petals and a flower print cut-out drift toward a silhouette abloom, and alongside them dart fragments of anthologies (“anthology,” from the Greek for “bouquet”)—across the sprawl of a sheet that was perhaps not done saying something else. 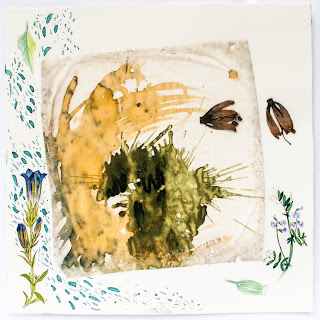 We have followed the chant from lake to sea, the artist from hilltop to her far shore. But Another Place takes us to the root of it, the wild vision all of a sudden grounded, as if children unraveling from crawl to walk, or fingers held high, but steady, to gather wind, and at the base of it, the hidden decay, decomposition informing composition, this old, irremediable striving, the pain beholding itself, hoping to exhume some pattern, the expectation itself painful: and maybe—receiving nothing, hearing no whisper, finding no opportunity—we are brought to latch, finally, onto beauty. 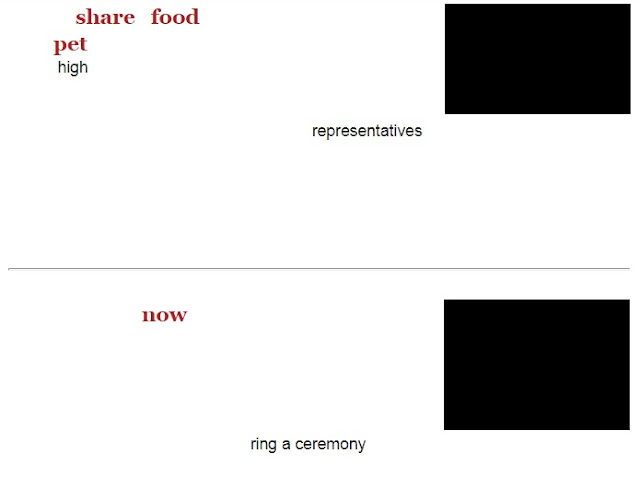 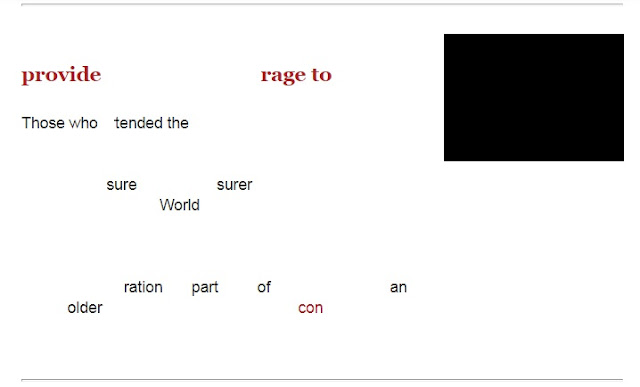