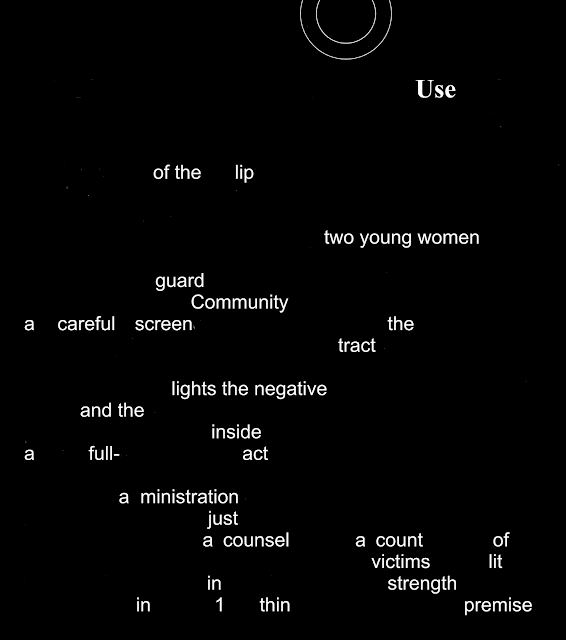 Salamat po, a very relevant share. This issue should to be timely, even central, among all these others that spark indignation, and yet—because perhaps we have been normalized—it is largely taken for granted. (Mahirap na bansa tayo, natural mangungutang tayo, atbp. Kailangan natin ito, alangan namang walang puhunan, atbp.)

Was troubled though by the turn of rhetoric at around 2:50-2:56 where the professor says, “Well, the problem isn’t the politician, and it isn’t the lender. It’s a system that makes this happen over and over again.” System is foregrounded—rightfully so—but it’s done at the expense of at least two other areas of inquiry: how to make the politicians personally accountable and how to shatter the myth of the lenders’ benevolence.

I remember undergrad years when teachers told us that Cory could have chosen to refuse payment of those loans. They were Marcos loans, it was not ours to honor. It could be argued that the money had been used to hurt us. They said she was riding a wave of global popularity, of such a proportion that any bank or government who insisted on collecting would have been viewed as (at the very least) unsupportive of People Power—that “new” and wonderful thing the Filipinos invented.

Thanks. Economic Hitman might provide, as you say, a missing part of the narrative. We’ve been led to believe (rightly? wrongly?) that Aquino honored those debts out of noblesse oblige, her elitist class consciousness misleading her, making her see the Americans as friends and saviors (just like her son, as evident in the Scarborough affair). So she conveniently forgot how the US government enabled Marcos dominance; she forgave too quickly and absolutely—and on our behalf. The question remains though. Does such a pressure relieve her of any agency, absolve her of all guilt?

Bago ho sa akin itong ginawang pamimisikal kay Magsaysay. Too bad this sounds like it’s mostly a legend, no documentation, but perhaps it’s true—a piece of macho lore that US state security recalls whenever faced with any type of resistance from RP political elite (these days too maybe, as they are yet unsure if Duterte will stick to the program). Magsaysay’s always been depicted in my circles as an unapologetic Amboy, totally buying such US schemes as SEATO... but that plane crash smelled fishy from the get-go.

“The archbishop of Tegucigalpa, president of the Latin American Conference of Bishops, speaking of the debt, said that it ‘is not one more problem for us to face-it is the problem. The foreign debt is like a tombstone.’ Latin America Press, which comes from Peruvian liberation theology circles, reported what I’m now quoting, but it ought to be on the front pages here. It’s a problem that we’re creating and we’re maintaining. But the conference was not even reported.”

I think the great majority of us Filipinos are intensely aware of our debt crisis; we know it plays a role in our undeniable poverty. Yet we have differing appreciations of its true gravity, of culpability, of just how much of our future we’re losing to it. Not all of us would like to perceive its urgency. Even clarity is a luxury here.

Why isn’t the debt issue as central as it’s supposed to be? Why was it (as you pointed out) the unasked question for the then-presidentiables? No single answer for something as large and definitive as this, a veritable bedrock of power for the elite. However, one reason I can think of is learned helplessness. I can’t do anything about it, you can’t , the cream of the country can’t do anything about it, we’ll just have to accept this and move on. (Recalling now the analogous though micro case of Tata Selo, his rationalization of the “crocodile” friars who came regularly to chomp from the fat of the land.) It’s just the way it is.

Maybe this forms some part of the why. Agreed, we have to keep our eye on the primary reason—global capitalism—yet we shouldn’t forego the admittedly smaller things we can do in our lifetime, within our own localities. While we can easily write these off as futile, we need such exercises if only to remind us that it was never supposed to be this way.

For example: BBM is in the spotlight? Duterte’s keeping him in the foreground? This is depressing—since election time, some people had been posting that they’d rather leave the country. However, we could also use this as an opportunity to clarify both our logic and our memory. This is, I believe, the purpose of your posts.

Oo nga ho. We had more than enough precedents at that time. Latin American countries defaulted on their debts, one after the other. This is speculation now, for edification purposes only, or on the off-chance that we decide we wouldn’t miss the next important moment, but it seems that Cory was in a position to influence how the world had been doing loans. RP might have provided a significant development of the argument that was being carried by the Latin American countries. What happened was the opposite. Honoring what should not have been acknowledged appears to have affirmed the way of the banks.
Ipinaskil ni Dennis Andrew S Aguinaldo sa 12:42 AM Walang komento: Mga Link papunta sa post na ito