passion, and the queer      mean things like the supermarket
need for civilians and           biodiversity, and marine and
6th Infantry Battalion, assigned to 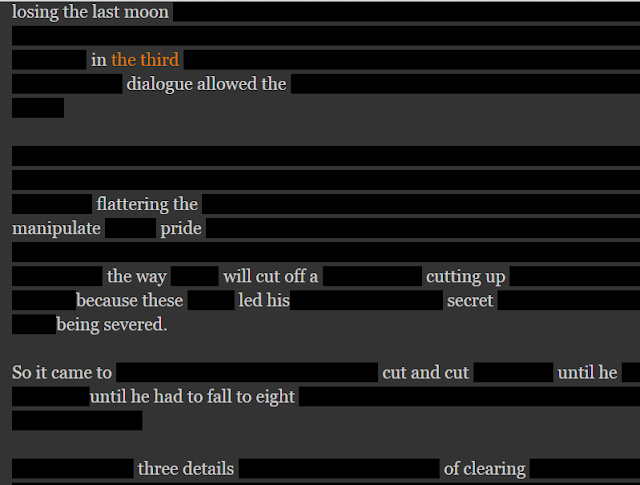 an extensive roster of        a mixed-
saint. Ice cream flowed into
bath with us. But it wasn’t dirty
flow, and architecture
not all doom and

on the face of it
delight in it. If I know it, you can

They watched Titanic every chance they got. On the big screen too, sometimes twice a day. It’s two jeepney rides going, two more returning, and at the tambayan they’d giggle as if they pulled one over us. Over the world, Jack. They knew what was important, and they called these moments. Their custom did not irritate me, but it did some of the others. It was cute, something to mark them with, remember them by, like his-hers necklaces, DIY and just one bead at a time, except they had been out adorning days. It didn’t much improve my opinion of them though, and while I’d like to believe that I once had a very healthy opinion of them, it’s unmistakable: there was condescension in my fondness of them, as a couple, as separable persons. I find reassuring how this wasn’t one-way, since at least half that pair had a low opinion of me—of us, possibly. Still, I loved them. And much more than loving pigeons that alight from nowhere, pecking at the wood of your bench, unafraid of you. I can make this about that, you know, maybe even exaggerate that love which was watchful though nowhere near devoted.

Not that it’d wash anything away. Can’t see her. It’s not permitted to go there, leave, and return to a baby’s house carrying such dust.  I don’t subscribe to the superstition, but the people around me, they do, and no, that’s not an excuse. I have a good one, but it’s too late to show it.

He kept jotting Titanic quotes on the logbook. They both had fine, enviable penmanship. They also had this count going. As I far as I could remember it, she went to see it with him 48 times.

He’s been thanking her. One of his tweets said something about doubling the void. What I know of it though I got from her FB account. Her husband posted the details there, a way to inform, reach out to her friends and family. She spent her holidays in the hospital, been weeks in and out of it before that. Was well around after her birthday, and after, some days of January. The profile picture that was up had been taken years ago. It had her smiling with her nephew. She made fun of their noses in the comments section.

The disaster that was Tagaytay-Laguna. People’s Park, and her adobo. The wet shirts we’d been reduced to. Isn’t it about time for that talk?

And then there was that other afternoon, her face aglow. You see eyes “smiling” when you’ve been looking at two crescents lying prone. You two were about the same height, both short, and you had your way, which was so that everybody you met wanted to take care of you, but she had this quality, right, this charisma, and it was a charm that wasn’t trying to get you to do anything—pull out your wallet, read what she’s reading, offer drinks, pray, what do you need for your thesis, are you warm, none of that—it was just there, like she just happened to come in with glistening noodles and, come, let’s do this every day from now on, there’s enough for everyone.

There’s more where that came from.
All the good ones are taken.

She was at the center of it, not always, but that afternoon yes, definitely. It’s not every day you hear someone reciting her list of crushes. Let’s just say it was a nice afternoon. Let’s agree. You took me aside. It was two decades ago, nearly, but what was it about? I hope it wasn’t an argument. Though right about now, sincerely, I would welcome an argument. Not to win it, as there’s no winning against afternoons. Just to lean forward some. Just to hear you think again.

You can’t come either, can you? You’re too far away, with your own newborn I see. The sister seems big enough, she’ll adapt soon.

Had she been a young man we’d have walked long walks together. I’d be insecure of our friend’s boyish, huggable chubbiness, the ladies—at every turn—preferring the blush on his cheeks. I’d have to cook up some substantial, self-deprecatory humor just to keep up. Should also get used to blocking the view, maybe get some well-earned pleasure off it. I’d have to do this every day, but the friendship would prosper. The walks, longer. If he’d have me.

And then she took you aside. Was it the same afternoon? Evening bus on the way home, you told me what it was about. She caught me gazing at you while you were talking, laughing. She couldn’t contain herself, had to tell you, said she understood it, right then and there, it had been wordless but very clear. (It was giddy reporting on a giddy reporting.) It was in my eyes, and she knew it the moment she saw it.
Ipinaskil ni Dennis Andrew S Aguinaldo sa 11:14 PM Walang komento: Mga Link papunta sa post na ito

blindly, in bursts: “His music isn’t
home to one of the bloodiest

desires themselves, directly: On
on, and on, and on: Visiting

Looking back at
love.” 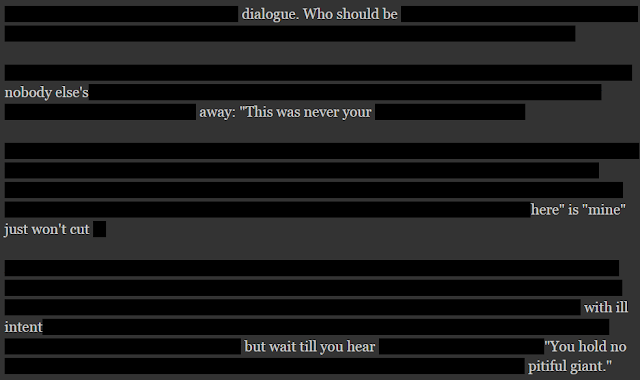 Drawing from her
pain itself changed,

took place in “noisy, dirty, crowded
against the breast bone — scraping it,” as

if inside a cocoon
-white cover. The second is “Woman 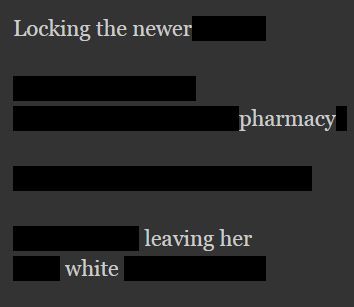 “What you see before you, my friend, is the result of
Constructivist women.”

shy, sensitive, bullied, Dungeons
overtaken by      resolutions from a straight