Read or listen to "Smell" by William Carlos Williams.

DE— Not to undermine your point—and I will try to think it through using your terms later—but after reading "Danse Russe" and hearing about WCW's domestic situation, I believe "souring rose" might also mean not the women as individuals but the nature of his relations with them: covert and illegitimate relations, unacceptable things to smell (and love)? But yes, it's interesting, thinking of it in your terms, that the nose smelling "souring flowers" (was it an essay by Benjamin Franklin that also encouraged relations with elder women, wiser women?) turned off the younger "girls".

DE— Maybe the multiplicity of meanings is necessary here (as in Dickinson) because of the explicit aim of possessing everything (as in the number of windows in the house of Possibility) within a very short compass. Whitman had 52 cantos to make his case for him, but Williams here has only a handful of words. I found refreshing the points that led to the post-coital reading as well as the girls veering away from man and nose out of association. 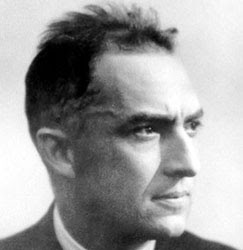 GE— Your points are well taken. They're also discussing the misogyny of 'Smell'.

DE— Perhaps moreso the ones with experience! Moreso other noses (female counterparts) that desire everything as well

GE— Didn't think it was possible for anyone alive to pull that off!

DE— This info on poplar flowers lends the poem better to the imagination.